Various Kamen Rider shows have an element of horror to it. Sometimes the Monster of the Week would go a bit farther then you'd expect from a show that you assume was meant just to sell toys. 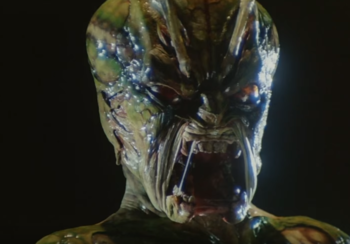 The following works have their own pages: