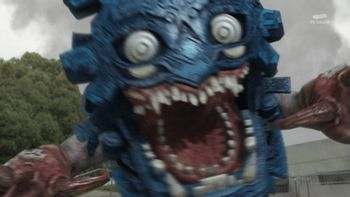 They don't call him the Terror Dopant for nothing.
Despite being a Lighter and Softer show and having a comedic tone most of the time, this show has its own fair share of Nightmare Fuel over the course of the series
Advertisement: