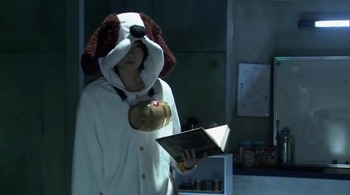 Philip during one of his usual research binges.
Advertisement:
open/close all folders

Out of Canon Moments

Double Half and Core Movie with OOO