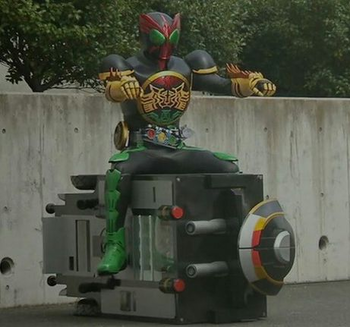 Our hero, everyone.
It's no surprise that an upbeat series like this has plenty of moments that are worth laughing about.

As a moments page, all spoilers are unmarked from this point on.