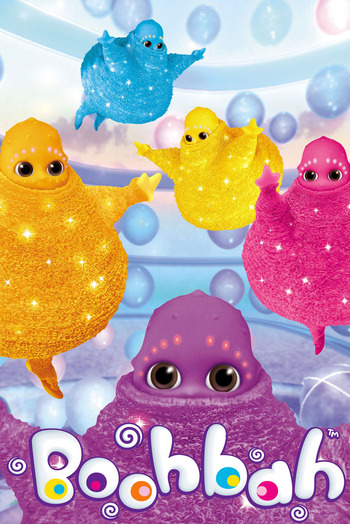 From the creators of Teletubbies comes this series that aired on both ITV and Nick Jr. in the UK and on PBS Kids in the US. It is about five brightly-colored, atom-like creatures called the Boohbahs who teach their target demographic of toddlers various exercises in each episode. The Boohbahs live in the multicolored Boohzone, and in every episode they enter and leave the Boohzone via the Boohball, a bubble-like vehicle.

Each episode also had a segment featuring live action actors playing people called the Storypeople, whose segments are introduced by some children providing them a present. This present appears later on in the Storypeople segment to be used by them. American broadcasts of the show added another segment called "Look What I Can Do", where children show off what exercises they can do.