Despite being a puppet show, a lot of the deaths are incredibly graphic with lots of Body Horror and bloody explosions. The manga however takes the Gorn Up to Eleven. 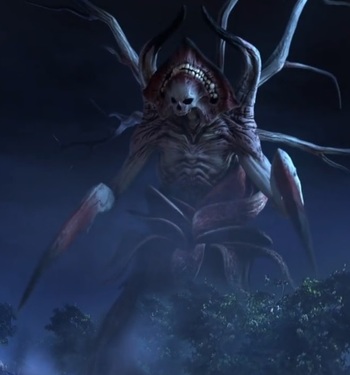 You Ja Rei, the Demon God from the War of Fading Dusk
Episode 1: Code of Umbrellas

Episode 2: Attack of the Genkishu!

Episode 12: A Blade That Doesn't Cut 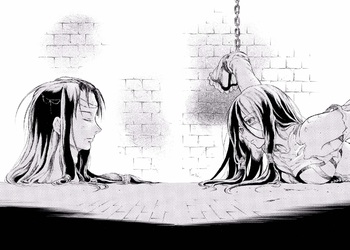 A horrible and tragic reunion between siblings.