Kei Gai: Having an off day is only human.
Ken San Un: Hey, wait a second. You're not human though! 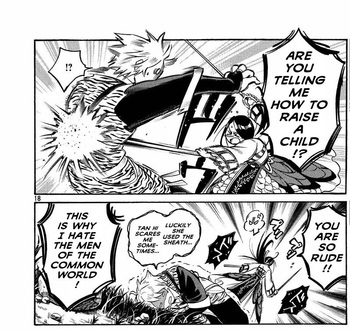 Never say pervert remark in front of your love interest.
In the manga adaption, they are several scenes that wasn't shown in the main show.

Film
Thunderbolt Fantasy; The Sword of Life and Death