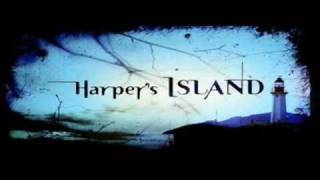 Harper's Island is a limited-run horror mystery series that aired on CBS from April to July 2009, created by Ari Schlossberg. Its cross between a Ten Little Murder Victims premise and an emphasis on Slasher Movie-style deaths for the murder victims in question has drawn summaries of "Agatha Christie meets Friday the 13th".

Seven years after psychopath John Wakefield went on a killing spree on the small community of Harper's Island, Henry Dunn and Trish Wellington are returning there to get married. Soon after the guests arrive, someone begins picking them off one by one in a manner reminiscent of the Wakefield murders. The murderer seems to have taken a particular interest in Abby Mills, the daughter of the local sheriff, whose mother happened to be one of the original murder victims.