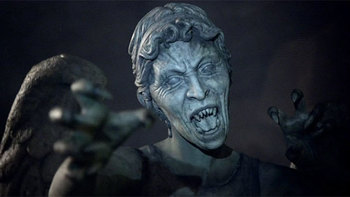 "Don't blink. Don't even blink. Blink and you're dead. They're fast. Faster than you could believe. Don't turn your back, don't look away, and don't blink. Good luck."
"Every single creature in the universe has an irrational fear of the dark. But they're wrong. Because it's not irrational."
— The Tenth Doctor, "Silence in the Library"
Advertisement: 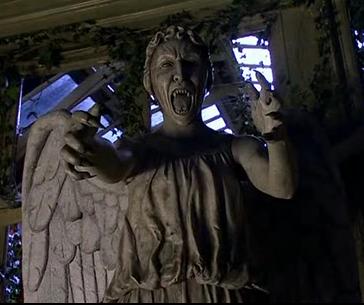