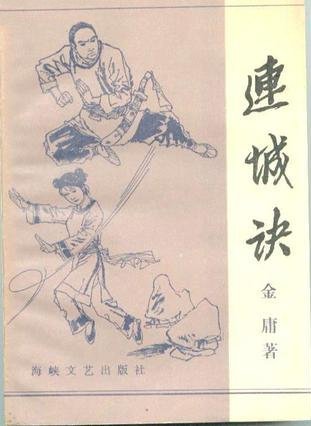 Cover of the 1985 edition
"A Deadly Secret" is Jin Yong's 10th novel, set in the 17th century during Qing Dynasty. The story revolves around the adventures of the protagonist Di Yun, an ordinary young peasant, who is imprisoned after being framed. In his quest for vengeance, he accidentally acquires the Liancheng Swordplay manual, an ancient artefact not only prized for the skills detailed inside, but also for containing a secret leading to a treasure.
Advertisement:

Essentially The Count of Monte Cristo of Wuxia novels. Probably the most depressing story written by Jin Yong.

It received a film adaptation, A Deadly Secret, from Shaw Brothers in 1970.

A Deadly Secret presents examples of: