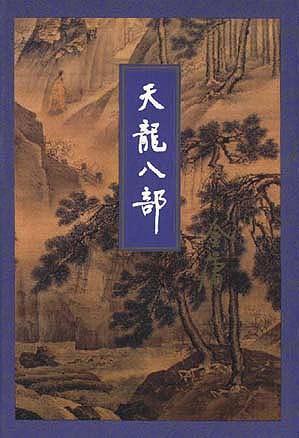 Demi-Gods and Semi-Devils is the 11th novel of Jin Yong and widely considered to be his most critically acclaimed work. The story follows the adventures of three protagonists: Xiaofeng, Duan Yu and Xuzhu. The complex narrative switches from the initial perspective of Duan Yu to those of the other main characters and back.

The novel's title has been a challenge for translators for years. The major characters in the novel are based on the eight races of non-human demi-gods and semi-devils described in Buddhist cosmology. In Buddhism, these demi-gods and semi-devils are ranked higher than mortals but are still bound to Saṃsāra by their own desires. It is said that Jin Yong originally modelled each major character after one of the races, but, as he continued writing, the complexity of the story made it impossible for such a simplistic mapping. An alternative English title (and the literal meaning of the original Chinese title 天龙八部) is "Eight Books of the Heavenly Dragon".

Demi-Gods and Semi-Devils presents examples of: