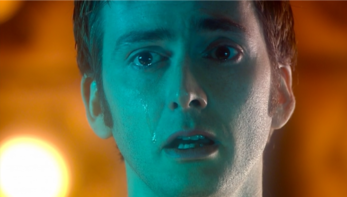 "Rose Tyler, I..."
"Everybody knows that everybody dies, and nobody knows it like the Doctor."
— River Song, "Forest of the Dead"
Advertisement:

Seriously, it's a very emotional show. The hero dies and turns into someone else on a regular basis, their companions all leave them eventually, most of the time unwillingly or due to circumstances, and as the show has been running 50 years already there have also been a lot of instances of The Character Died with Him. You have been warned...