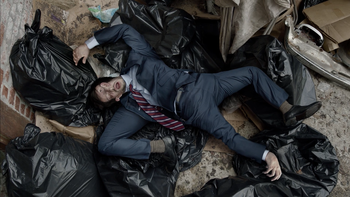 A twisted image to look at, isn't it?