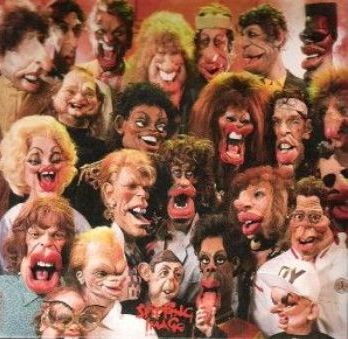 Spitting Image: Because you can't spell "satire" without a lot of a's.
Advertisement: