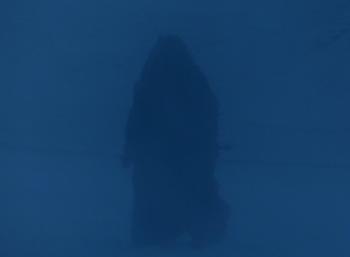 I saw It, whatever it is. Something was out there.
WARNING: Moments pages are Spoilers Off.
Advertisement:
open/close all folders

The Asset
Eye Spy
Girl in the Flower Dress
Advertisement:
FZZT
The Well
Repairs
The Bridge
The Magical Place
Advertisement:
Seeds
T.R.A.C.K.S.
T.A.H.I.T.I.
Yes Men
End of the Beginning
Turn, Turn, Turn
Providence
The Only Light in the Darkness
Nothing Personal
Ragtag
Beginning of the End

Shadows
Heavy Is the Head
Making Friends and Influencing People
Face My Enemy
A Hen in the Wolf House
A Fractured House
The Writing on the Wall
The Things We Bury
Ye Who Enter Here
What They Become
Aftershocks
Who You Really Are
One Of Us
Love in the Time Of HYDRA
Afterlife
Melinda
The Dirty Half Dozen
Scars
S.O.S.

Laws of Nature
Purpose in the Machine
Devils You Know
4, 722 hours
Among Us Hide...
Chaos Theory
Many Heads, One Tale
Maveth
It: No, Will died saving Jemma... from me.
Bouncing Back
The Inside Man
Watchdogs
Spacetime
Paradise Lost
The Team
The Singularity
Failed Experiments
Emancipation
Absolution/Ascension

The Ghost
Meet the New Boss
Uprising
Let Me Stand Next To Your Fire
Lockup
The Good Samaritan
Deals With Our Devils
The Laws of Inferno Dynamics
Broken Promises
The Patriot
Wake Up
Hot Potato Soup
BOOM
The Man Behind the Shield
Self-Control
What If..
Identity and Change
No Regrets
All The Madame's Men
Farewell, Cruel World!
The Return
World's End

Orientation
A Life Spent
Rewind
Together or Not At All
The Last Day
Best Laid Plans
Past Life
All the Comforts of Home
The Real Deal
The Devil Complex
Rise and Shine
Inside Voices
The Honeymoon
All Roads Lead...
Option Two
The One Who Will Save Us All
The Force of Gravity
The End

The New Deal
Adapt or Die
The Totally Excellent Adventures of Mack and the D
After, Before
As I Have Always Been
Stolen
Brand New Day
The End is At Hand
What We're Fighting For