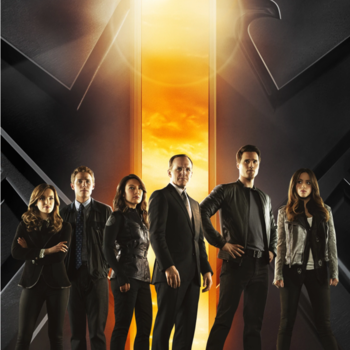 Not all heroes are super.
Maria: What does S.H.I.E.L.D. stand for, Agent Ward?
Grant: Strategic Homeland Intervention, Enforcement and Logistics Division.
Maria: And what does that mean to you?
Grant: It means someone really wanted our initials to spell out "shield." It means we're the line between the world and the much weirder world. We protect people from news they aren't ready to hear. And when we can't do that, we keep them safe.

Following the Battle of New York, Phil Coulson assembles a team of agents to counter threats and protect the world. Among these is the mysterious hacker, Skye, who doesn't appear on any official databases, as well as Agent May, a legendary agent known among others as "The Cavalry". Team Coulson face off against a criminal organization known as Centipede, who desire to create gifted humans in order to further their own agenda. Also, an old adversary of S.H.I.E.L.D. tries to uncover just how Coulson survived his apparent death at the hands of Loki...

(Iron Man 3 was the most recent MCU film to premiere in North America prior to Season 1.) 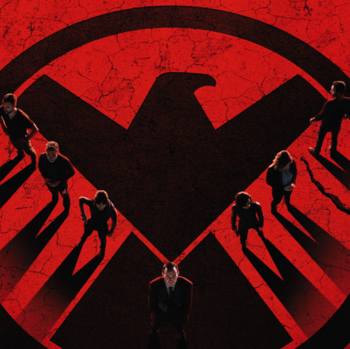 With control of S.H.I.E.L.D. now passed to Coulson, he must balance his directoral duties with his desire to keep his team together, as events start to occur that changes the nature of his team. Skye in particular has her past explored, with her lineage and ancestry revealing a brand new side of her that has until now been kept secret by everyone.

(Guardians of the Galaxy premiered in North America between Season 1 and Season 2.) 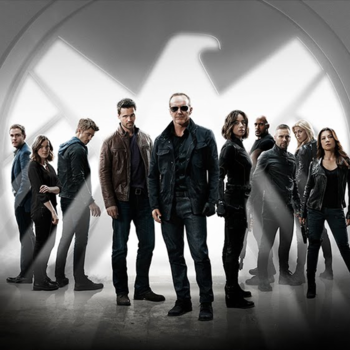 Following the events of the previous season, Terrigen has polluted the Earth's oceans, allowing latent Inhumans to undergo Terrigenesis without realizing it. The massive influx in Inhumans sparks panic over whether it is a virus or something more, while Skye (now going by her birth name Daisy) and Team Coulson try to aid these new Inhumans in controlling their newfound abilities. Standing in her way is a new adversary hellbent on killing any Inhuman it finds unworthy, while an old enemy rears their head in their quest for revenge on Coulson. Complicating matters further is the alien obelisk that has kidnapped Simmons; just what is its purpose, and why were HYDRA so keen on getting it?

(Ant-Man premiered in North America between Seasons 2 and 3.) 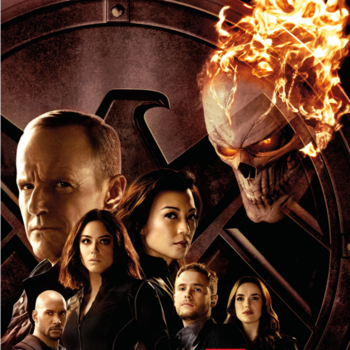 Vengeance is coming.
"I didn't ask for this, this curse. But vengeance calls."
— Robbie Reyes / Ghost Rider

Six months after the Hive Incident ended, Daisy has gone rogue, taking down Watchdogs on her own to keep her friends safe. Likewise, Coulson has made some changes of his own to the team, now struggling to cope without her. Things come to a head when a mysterious plague begins affecting people - who appear to die from being literally scared to death. They talk of ghosts, which leads Team Coulson to an artifact known as the Darkhold, which seems to have supernatural powers. Daisy meanwhile comes across someone else with supernatural abilities and some connection with the Darkhold... 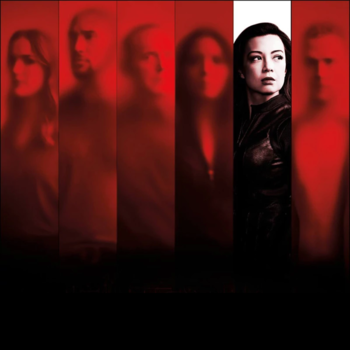 With the Darkhold secure and the threat stopped, a new enemy emerges in the form of rogue AI Aida, who is after the Darkhold for her own machinations. But all is not as it first appears, as there is someone else playing a long con with S.H.I.E.L.D. and wants the book for their own grand scheme... 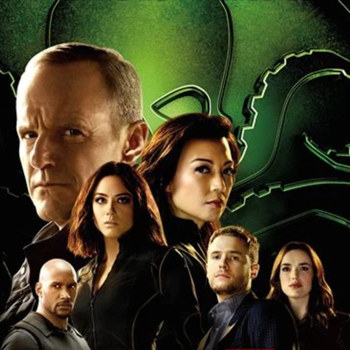 In order to rescue their friends, who have been abducted and trapped in an alternate reality, Simmons and Daisy journey into the realm of the Framework, which is a world where HYDRA have successfully taken over the world. Can Daisy and Simmons rescue their allies in a hostile reality where the odds are stacked against them? And just what kind of allies will they meet on their journey? It is a race against time before Aida's grand plan reaches its climactic conclusion... 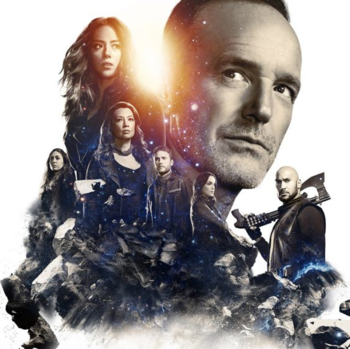 They aren't on Earth anymore.
Set shortly after the end of the previous season, Team Coulson find themselves transported to the year 2091 thanks to another Monolith where the Earth has been almost completely destroyed and humanity has relocated to a space station controlled by the Kree. Piecing together what few clues remain of the past the team must find a way to return home to their timeline while freeing the humans from Kree control. But even if they can return to their time will Coulson and company be able to stop the Bad Future from occurring? And what will they need to sacrifice in order to save the world? 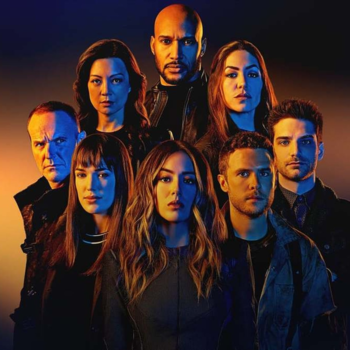 They've faced a universe full of danger. But this time, danger has a familiar face.

Season 6 was held back until Summer 2019, after Avengers: Endgame resolved the events of Avengers: Infinity War, to avoid this show getting tangled up in that story. In addition, the first season of Cloak & Dagger and seven episodes of its second season; the second seasons of Luke Cage, Iron Fist, Runaways and The Punisher; the third season of Daredevil; and the films Ant-Man and the Wasp and Captain Marvel (as well as Endgame) were released before Season 6 aired. 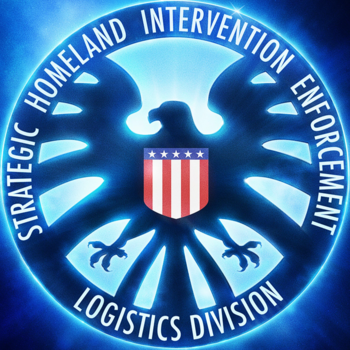 Will you accept this mission?

Season 7 was announced on November 16, 2018, before Season 6 had even aired. Another short season, it was filmed back to back with Season 6 and aired from May to August 2020. It has been confirmed that this will be the final season of the show. The third and final season of Runaways aired in the interim. This season serves as the final MCU-related Marvel Television production.