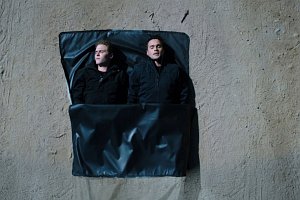 Dangerous secrets are being kept from Coulson’s team, and he works the system to save Ward and Fitz when they are sent on a Level 8 classified mission that may end in tragedy.

The team is called to the Hub, a major S.H.I.E.L.D. base. Coulson, May, and Ward meet with Agent Victoria Hand, who informs them of a separatist group in South Ossetia which has obtained the "Overkill", a sonic weapon that can remotely detonate anything from a rifle's bullet to a nuclear missile. Hand wants a two-person team, one field agent and one tech, to infiltrate their headquarters and dismantle the weapon.

Meanwhile, Skye grows suspicious when details of the mission are being kept from the team. With the help of Simmons, she manages to hack into classified files and finds out that Ward and Fitz's mission does not include an extraction plan.

The seventh episode of Agents of S.H.I.E.L.D..