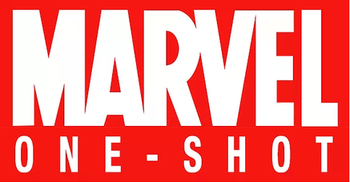 A series of shorts made by Marvel Studios as part of the Marvel Cinematic Universe. The shorts have been included as bonus features with Blu-Ray and Digital Copy editions of a few MCU films, and have also been made available online.

All of these shorts received a second Blu-Ray release on the bonus disc of the Amazon-exclusive Marvel Cinematic Universe Phase Two Collection boxsetnote containing all of the movies Marvel Studios released from May 2013-July 2015, this time with optional audio commentary. As of February 2022, the One-Shots are available on Disney+.

No additional shorts have been developed by Marvel Studios due to a focus on concluding Phases 2 of the setting, and there were none created for Phase 3. It appears as though development on the shorts have since been de-prioritized in favor of developing new shows on Disney+. In the home video release of Spider-Man: Far From Home, a short film called "Peter's To-Do List" was included, containing deleted scenes that were not included in the final film but were shown in its second trailer. Despite that, the short is not considered part of this series. In addition, some non-canon Team Thor shorts tied to Thor: Ragnarok were also made; Disney+ began referring to these as Marvel One-Shots in January 2022.