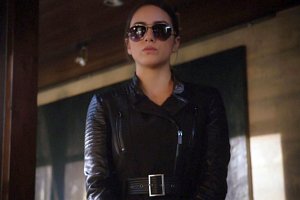 Skye channels her inner May.

Coulson uncovers vital information about the mystery of his death, but with Centipede out for blood, this knowledge may come at the cost of one of the team.