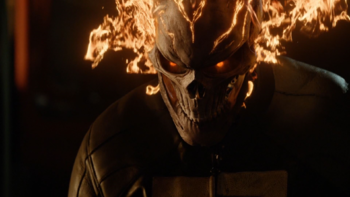 "I'm not the one who decides."
S.H.I.E.L.D. is re-legitimized in the wake of the Sokovia Accords, and Coulson's team investigates leads on Daisy's whereabouts and another case involving a new person with powers.