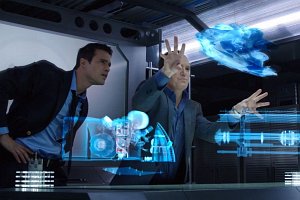 "Stark makes this look so easy."

Coulson learns that Ian Quinn has ordered a very expensive item from a cybernetics company that will be shipped via train. The Team gets on the same train in the hopes of tracking the package to Quinn and from there getting a chance to learn something about The Clairvoyant.