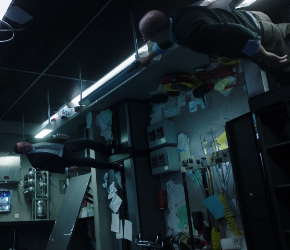 Yes, the camera is sitting upright. note At least relative to the Earth's gravitational field.
Advertisement:

Coulson and his team are called to investigate the abduction of Dr. Franklin Hall, renowned scientist and former mentor to FitzSimmons, from a S.H.I.E.L.D. convoy. His captor is Ian Quinn, a charismatic billionaire (and Rising Tide ally) who not only used one of Hall's own inventions to assist in his abduction, but has provided Hall with the means to finish his life's work; a machine that can manipulate gravity itself.

Meanwhile, Skye's training as a field agent by Ward is well underway, although he still has his reservations about it due to her lack of taking it seriously. However, the pair bond over similar histories and come to understand each other a little more.

The third episode of Agents of S.H.I.E.L.D..