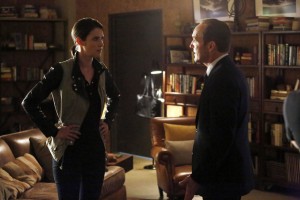 Just when there's no one left to trust, Agent Maria Hill (Cobie Smulders) returns to team up with Coulson as S.H.I.E.L.D. is being destroyed around them.