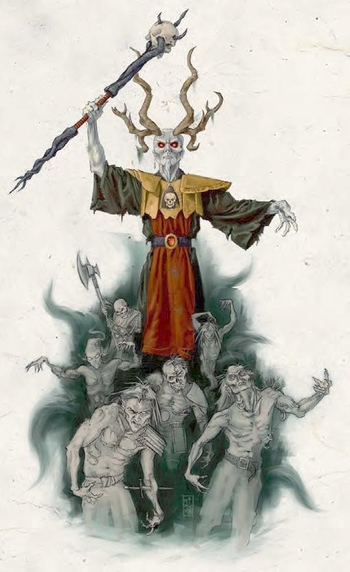 One very noticeable way to show that a character either is evil or has turned evil is to give them horns, or sometimes antlers. While size, shape, and count don't always matter, when one or more of those factors is emphasized, it enhances the apparent nastiness of the character. This can also give the character a more beastly, animalistic, or demonic appearance and/or character.
Advertisement:

Sister Trope to Spikes of Villainy and Horns of Barbarism, with which this does not necessarily have to coincide. Contrast Holy Halo.