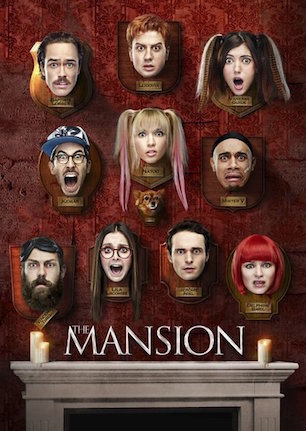 Le Manoir (The Mansion in the English release) is a 2017 French Horror Comedy directed by Tony Datis and starring Nathalie Odzierejko, Marc Jarousseau, Ludovik Day, Yvick Letexier, Jerome Niel, Vincent Tirel, Vanessa Guide, Delphine Baril, Baptiste Lorber, and Lila Lacombe. The plot of the film is that ten friends gather at a remote mansion on December 31st, 1999 to celebrate the New Year together before they separate to take their separate paths in life. The characters come to realize that someone is stalking them in the mansion and its grounds, and that they may not have a future in the year 2000...

Not related to the Clock Tower fan game, The Mansion.