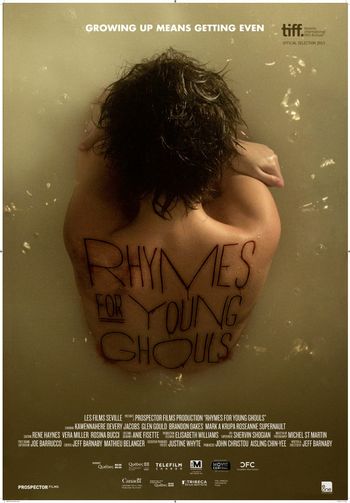 Rhymes for Young Ghouls is a 2013 Canadian drama film and the feature film debut of writer-director Jeff Barnaby. It is set in 1976 on an Indian reserve in the context of the residential school system. Although it tells the fictional story of a teenager named Aila and her plot for revenge, it is based on the history of abuse of the First Nations people by government agents, including a large number of reported cases of the mental and physical abuse of residential school children.

Devery Jacobs was nominated for a Best Performance by an Actress in a Leading Role at the Canadian Screen Awards for her portrayal of Aila. Rhymes for Young Ghouls was awarded Best Canadian Feature Film at the 2013 Vancouver International Film Festival and received highly favorable critical reviews.