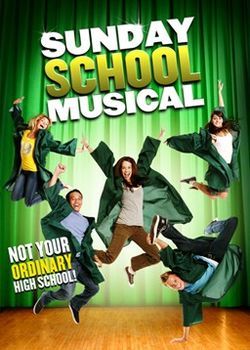 Zachary is a mixed-race youth who sings for the choir of Hawthorne, a largely mixed-race choir that mixes jazzy tunes with their hymns. They're slated to go up against two other choirs for a chance for two of the choirs to go to the state competition, with one of the other choirs being Crossroads, an entirely white church choir who sings traditional hymns badly while standing in place. The third choir never shows up due to a food poisoning incident, meaning that both choirs will be going to state. Then, Zachary learns that his mother has lost her job and they'll be moving to the other side of town to stay with his aunt. Unsurprisingly, the school he's now attending is Crossroads and, despite his best intentions to keep his head down, he's pulled into helping out their choir by teaching them to loosen up and enjoy themselves, and soon finds that his friends in Hawthorne see him as a traitor as a result.

When it's revealed that Hawthorne lacks the funds to travel to the state competition and will in fact close within the month, the two teams decide to band together as one large choir and compete together for the prize, hoping to save Hawthorne.