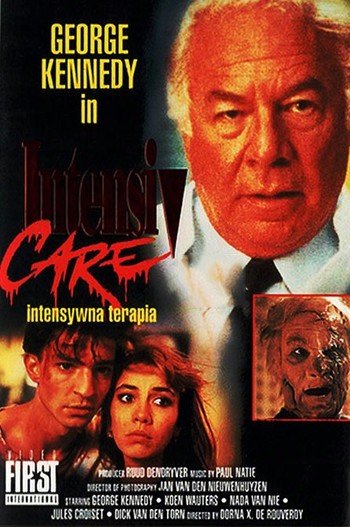 The plot is as follows - somewhere in Washington state, a brilliant surgeon named Dr. Bruckner (George Kennedy) is on the verge of a revolutionary new advancement in medical science when he is involved in a car accident that leaves him severely burned and puts him into a coma for seven years. Upon reawakening, he goes on a murderous rampage, killing several hospital staff before fleeing into the night. He then stalks a teenage girl named Amy (Nada van Nie), her brother Bobby (Michiel Hess), and her boyfriend Peter (Koen Wauters), and repeatedly attempts to break into her house while the others try to fence him off.

Despite the presence of Wauters (a popular Idol Singer at the time) and Kennedy, the film ultimately failed to make a profit and was utterly demolished by critics, with one major newspaper describing it as, "A movie where every aspect goes so disastrously wrong that it almost seems like a parody." It has since developed a cult following akin to The Room or Plan 9 from Outer Space, and is traditionally shown during each edition the annual Dutch-Flemish B-Movie festival Nacht van de Wansmaak ("Night of Repulsion").