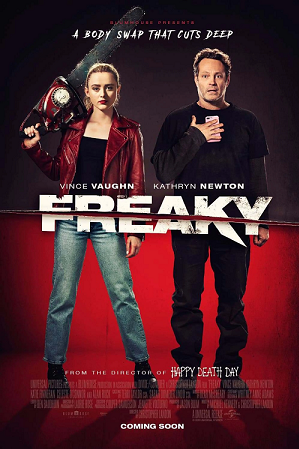 Millie: I want my body back.
The Butcher: Come and get it.
Advertisement:

High school senior Millie Kessler (Kathryn Newton) is targeted by a Serial Killer known as the Blissfield Butcher (Vince Vaughn). However, instead of being killed, Millie and the Butcher somehow swap bodies. Millie, stuck in the Butcher's body, must evade the Butcher, in her body, who is now targeting her classmates.

The film was released theatrically in the United States on November 13, 2020.