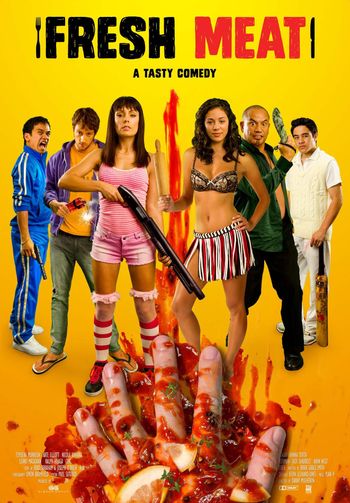 "From the people who didn't bring you Whale Rider or Once Were Warriors . . . "
—Trailer narrator

Fresh Meat is a 2012 action/comedy/horror film, directed by Danny Mulheron. A gang that has just broken their leader from prison takes a family of cannibals hostage. Bloody hilarity ensues. Temuera Morrison headlines as the family patriarch.