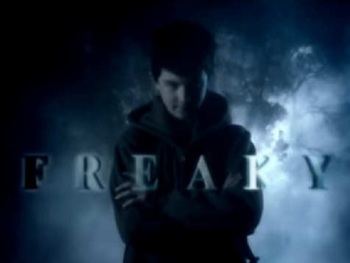 Freaky is a New Zealand series. It's a live-action kid's show, compared in The Other Wiki to a kid's-grade Twilight Zone. (Or, a Kiwi version of Are You Afraid of the Dark? or Goosebumps.) Set in standard places such as a mall, at home, or at school, each episode starts with a normal person going about their routine and then everything quickly turning weird.