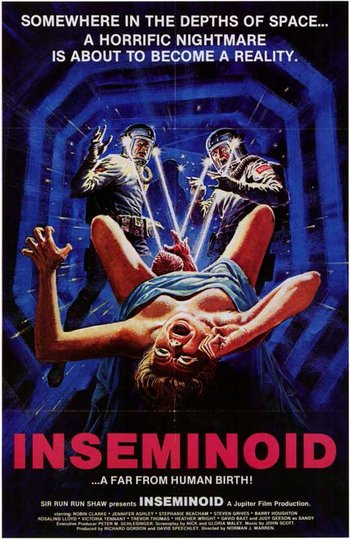 The plot of the film concerns a group of future scientists excavating the ruins of an ancient civilisation on a distant planet. When a monstrous alien creature attacks and inseminates one of the women in the team, Sandy (Geeson), chaos ensues as the unbalanced victim, possessing unnatural strength, murders her colleagues one after another in a psychotic bid to protect her unborn twin hybrid offspring.