Film / Invasion of the Bee Girls 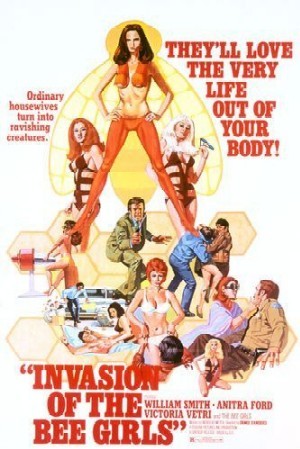 Invasion of the Bee Girls is a sci-fi sexploitation movie from 1973 directed by Denis Sanders and written by Nicholas Meyer. Being in the public domain, it can be watched freely on youtube.

The premise of the movie is that a Mad Scientist (played by Anitra Ford) has created an army of beauties who seduce men to death. One by one the male victims are killed before the local police catch on to the plans of the infected females.

Invasion of the Bee Girls contains examples of: