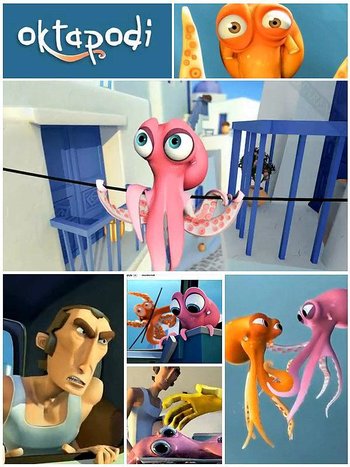 The story concern two octopi—one orange, one purple—in love, living in an aquarium tank, in a town by the seashore. One day their happiness is suddenly shattered when the purple octopus is snatched out of the fish tank and thrown into a seafood restaurant delivery van. The orange one, who knows exactly what this means, leaps out of the tank and goes on a mad chase after its lover.