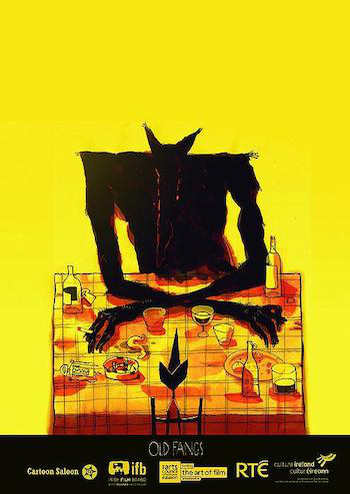 This disgusts you, right? It frightens you, doesn't it?
Old Fangs is a 2009 animated short film directed by Adrien Merigeau and produced by Irish animation studio Cartoon Saloon. It can be watched here

Three friends—a wolf, a fox, and a cat—drive to the edge of a forest and walk through it. The wolf remembers having spent a lot of time in these woods as a child. They eventually make their way to a clearing with a single house in the middle of it; the wolf goes inside, revealing that he's come to visit his drunk, derelict father.