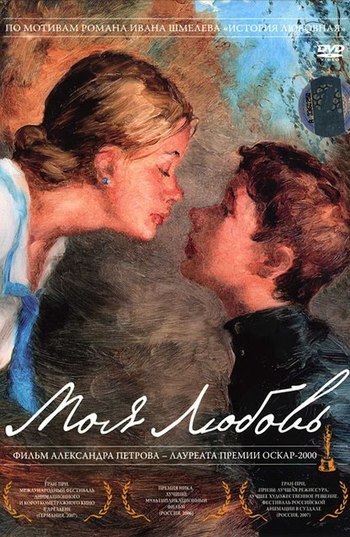 My Love is a 2007 animated short film from Russia (26 minutes) directed by Alexandr Petrov.

It is about a 16-year-old boy named Anton. Anton belongs to a well-to-do family and lives in a small rural town in Tsarist Russia. Anton, being a teenaged boy, is obsessed with women. Specifically he is obsessed with two different women. Pasha, the family maid, is sweet and kind. Serafima, the woman next door—Anton calls her a "goddess"—is mysterious and elusive, and seems to have some kind of secret. Anton falls in love with both of them. Surprisingly, both of the women start to fall for him.