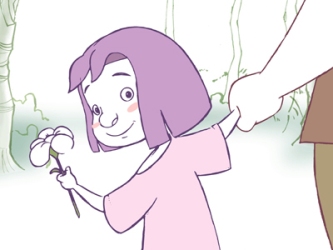 Mutya is an award winning 2009 animated short film made in the Philippines. The title "Mutya" could be translated as "beauty" in English.

The beginning was, when a young girl wanders off to the forest, she suddenly meets a bunch of forest spirits that seemingly, only she can see for when her mother found her, she's dancing all by herself. Nevertheless, even as she grew, she never forgot them and she visited them despite the very forest was starting to get swallowed up by urbanization.