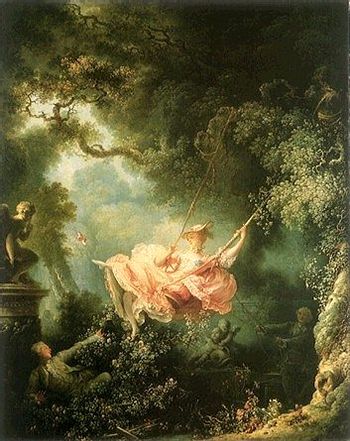 Or putting a grown woman (20s to 30s) on a swing and how that's cute and/or hot. Panty Shot optional, but certainly implied.

Even modern examples often imply the woman is reliving her childhood, a good 20 years ago.

As the trope's name comes from the slave spiritual song "Swing Low, Sweet Chariot", this is not to be confused with Dirty Harriet, unless it occurs at some very weird strip club...

Also has very little to do with Trauma Swing.