Western Animation / The Old Lady and the Pigeons 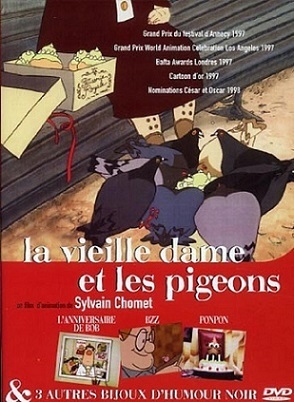 The Old Lady and the Pigeons (a.k.a: La Vieille Dame et les Pigeons) is a 1997 animated Short Film written and directed by Sylvain Chomet. It tells the surreal story of a starving gendarme who dresses up as a pigeon and tricks an old lady into feeding him.

The film was produced through the French company Les Armateurs and was Chomet's debut film. It won several awards including the Grand Prix at the Annecy International Animated Film Festival.

The Old Lady and the Pigeons provides examples of the following tropes: