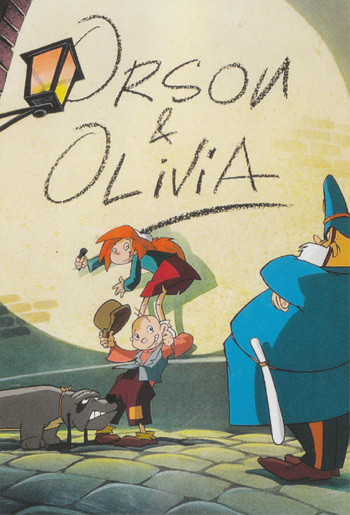 We live on air!

Orson and Olivia is a French/Italian/British animated comedy-drama television series. It features the trials of two orphans living in Victorian London. It is based on the French comics series Basil et Victoria by Edith and Yann.

Orson and Olivia are two eleven-year-old orphans who live on a boat in the St Katharine Docks. They have to find food in order to survive and catch rats to earn money. Together, they have many adventures. They encounter famous people, both real and fictional.