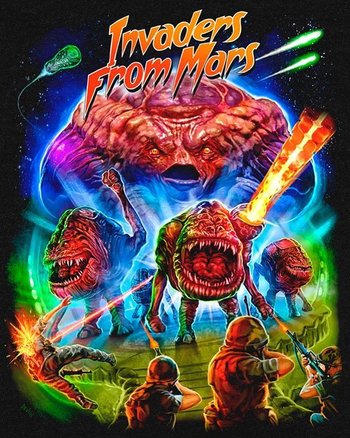 As a storm rages, David sees, through his window, an enormous, brilliantly lit sphere slowly descend from the sky and vanish beneath a nearby hill. Next day, David and mother Ellen (Laraine Newman) are unnerved to find George serenely subdued. At school, bullying teacher Mrs. McKletch (Louise Fletcher) starts to threaten David with physical force.

When his mother finally succumbs to the inscrutable alteration, David can only turn to school nurse Linda Magnuson (Karen Black), who, with increasing dread, realises David to be preoccupied by something other than flight of fancy…