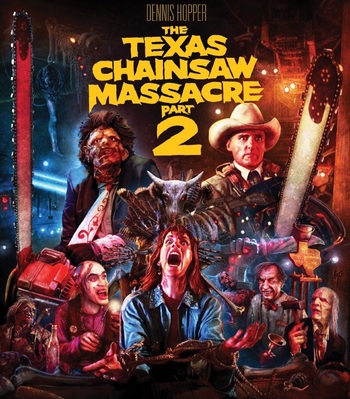 The Texas Chainsaw Massacre 2 is a 1986 horror film, which has Tobe Hooper returning to his most famous material. Unlike the previous film, this one has a more comedic tone.

The family from the first film has expanded its activities into the barbecue business, which they make from their victims. After hearing one of their attacks during her show, radio-host Vanita "Stretch" Brock (Caroline Williams) starts tracking them. A former Texas Marshal named "Lefty" Enright (Dennis Hopper) is also tracking them, with vengeance on his mind.