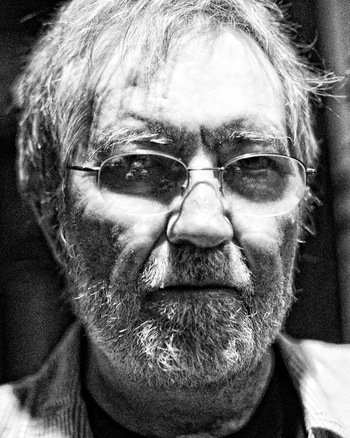 "No matter where you're going it's the wrong place."
Advertisement:

William Tobe Hooper (January 25, 1943 – August 27, 2017) was an American film director, producer, and screenwriter who primarily worked in the horror and sci-fi genres.

He became famous after his low-budget 1974 debut The Texas Chain Saw Massacre, which opened the way to Hollywood for him and is cited as a horror classic, as well as a great inspiration for subsequent Slasher Movies. After doing couple films with minor success, he collaborated with Steven Spielberg and did his second famous work, Poltergeist, in 1982. Afterwards, his popularity declined, partially because his work on Poltergeist was believed to be done by Spielberg.

After the '80s, he worked mostly in television, with an occasional movie here and there.