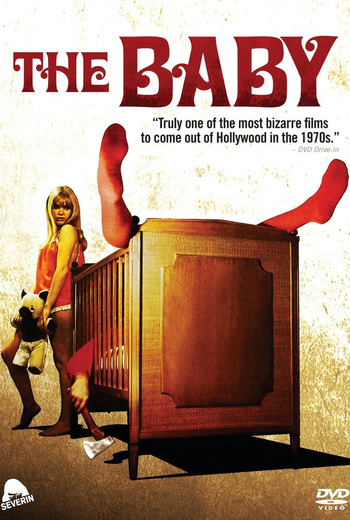 The Baby is a 1973 B-movie directed by Ted Post. The film is usually classified as horror, but it is actually more of a psychological drama.

Ann Gentry (Anjanette Comer) is a social worker whose husband has recently been injured in an accident. She gets assigned to the Wadsworth family which consists of Mrs. Wadsworth (Ruth Roman), her two adult daughters Germaine (Marianna Hill) and Alba (Suzanne Zenor), and "Baby" (David Manzy), a grown man who acts and is treated like a baby. Ann takes on the case because she thinks the Wadsworths have been mistreating Baby, but there is also another reason she is interested in him.