Film / And Now the Screaming Starts! 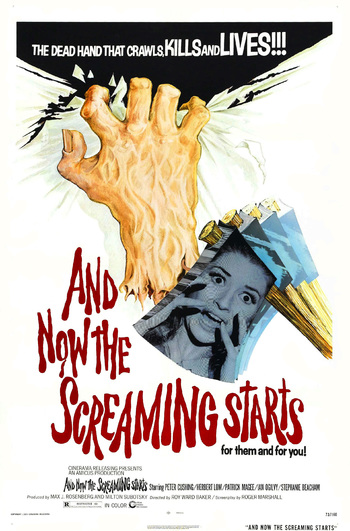 The dead hand that CRAWLS, KILLS and LIVES!
Advertisement:

England, 1795: Catherine (Beacham) is a young woman engaged to marry Charles Fengriffen (Ogilvy). As she moves into his family's manor, she notices an evil presence in the portrait of his grandfather Henry (Lom). Her suspicions seemingly confirmed when a severed hand attacks her through the picture, Catherine and psychiatrist Dr Pope (Cushing) investigate the mystery of the Fengriffen family, discovering a dark haunting.