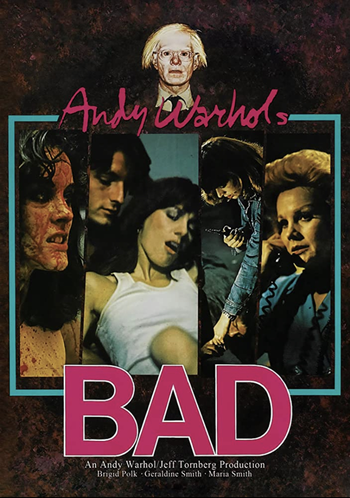 Andy Warhol's Bad is a 1977 Black Comedy/Crime/Horror film about a woman (Carroll Baker as Hazel Aiken) who runs a beauty salon out of her house and makes extra money by providing women to do hit jobs. Susan Tyrrell won the Saturn Award for Best Supporting Actress.