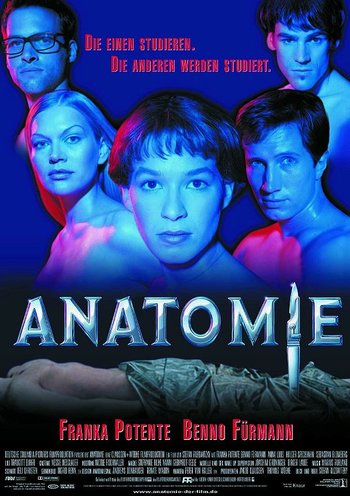 They can't wait to get their hands on you...
Advertisement:

Paula Henning manages to get a spot in a special anatomy course at the University of Heidelberg along a few other lucky students. While she is initially professional, dealing with everything in a serious manner, she soon starts being paranoid when two of the other students disappear and she comes to the conclusion that a group of doctors at the university might not care about ethical procedures to get research objects.

A sequel called Anatomy 2 was released in 2003 with a mostly new cast. It follows a young intern who gets entangled with another chapter of the Anti-Hippocratic Society in a prestigious Berlin hospital.