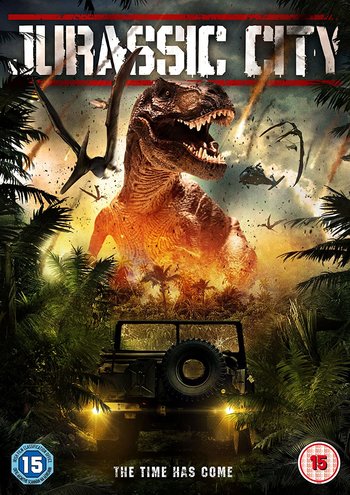 A B-Movie featuring government engineered dinosaurs, belonging to shady government agent LaFranco escaping form confinement and rampaging across the city, killing everyone they encounter. The main plot follows Pippi, Sarah and Stephanie, a trio of sorority sisters who are in jail for rear-ending a police car when the dinosaurs get loose, and find themselves struggling to survive along with a few other inmates and guards. Ray Wise appears as the warden.