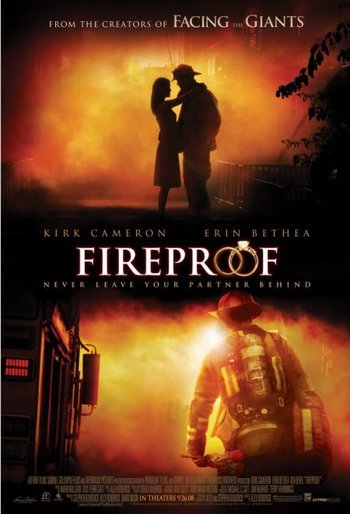 Fireproof is a 2008 film produced by Samuel Goldwyn Films and Sherwood Pictures and starring Kirk Cameron as Caleb Holt, a fireman whose marriage to his wife Catherine is in trouble, but overcomes his problems by a combination of the "The Love Dare", a 40-day program and God.