Film / Attack of the Puppet People 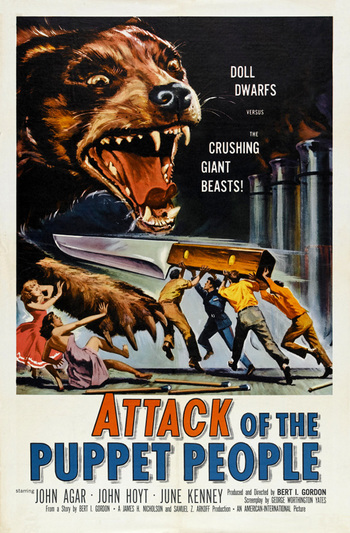 A mad doll-maker turned scientist shrinks some hapless young people and makes them his living dolls. Directed by Bert I. Gordon, this was originally released in 1958 by American International Pictures in a double-feature package with War of the Colossal Beast by the same director.

Given the RiffTrax treatment in 2014. Also, fun fact: This film played a role in the Watergate scandal, as Alfred Baldwin, a spotter for the team of burglars, got distracted watching it and failed to notice the police arriving.